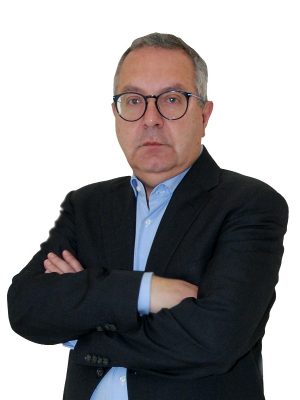 Thanassis Lambropoulos was born in Piraeus Greece in 1966. In 1984, he graduated from the Ionidios Model High School. In 1989, he graduated from the National & Kapodistrian University of Athens (Law Degree) and in 1990 from Southampton University (LLM in Maritime Law). In 1990 he was admitted to the Piraeus Bar Association.  In 1998 he was appointed to the Greek Supreme Court. Since 2018 he is a member of Cyprus Bar Association, although he is actually practicing law in Cyprus since 1995.

In 1993 he founded A.V. Labropoulos & Associates Law Office in Piraeus and he is currently practicing law both in Greece and Cyprus.

After working with LLPO from more than 20 years, in 2018 he became the Head of the firm’s Athens Network Office.

In 2019 Thanassis Lambropoulos was elected member of the Spetses Municipal Board and he is currently serving as President of the Board.

Since 2007 he is a member of the Board of Directors of the Piraeus Lawyers Mutual Aid Fund.

Since 2013 he is the President of the Sports Club “Kallistos” based in Maroussi, Athens.

Go to Top
We use cookies on our website to give you the most relevant experience by remembering your preferences and repeat visits. By clicking “Accept All”, you consent to the use of ALL the cookies. However, you may visit "Cookie Settings" to provide a controlled consent.
Cookie SettingsAccept All
Manage consent