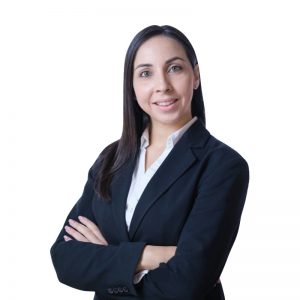 Theodora completed her pupillage at Antonis K. Karas LLC in September of 2014. She continued to work for  Antonis K. Karas LLC until February of 2020 where she worked as a litigation lawyer, specialising in banking law and human rights cases, building her expertise in both civil litigation and providing out of court legal advice. Theodora has handled numerous cases before the District Courts in Cyprus and has successfully negotiated out of court settlements. During this period, Theodora gained valuable experience in drafting interim orders, court pleadings, affidavits, statement of claims and defence statements in many areas of the law.

In March of 2020, Theodora moved to Panagos & Panagos LLC, where she focused in the fields of Contract law, Insolvencies, Company Liquidations and Banking Law.

Theodora joined LLPO Law Firm in December of 2020. Since then, she has been heavily involved with the drafting of interim orders, especially in cases for assets recovery, trespass of property and privacy intervention. In addition to that, Theodora is also involved in libel and estate management cases.

Theodora is fluent in both Greek and English.

Go to Top
We use cookies on our website to give you the most relevant experience by remembering your preferences and repeat visits. By clicking “Accept All”, you consent to the use of ALL the cookies. However, you may visit "Cookie Settings" to provide a controlled consent.
Cookie SettingsAccept All
Manage consent