Gambling Regulation in Cyprus and the Betting Act 2012

You are here:
Betting and GamingOther Services 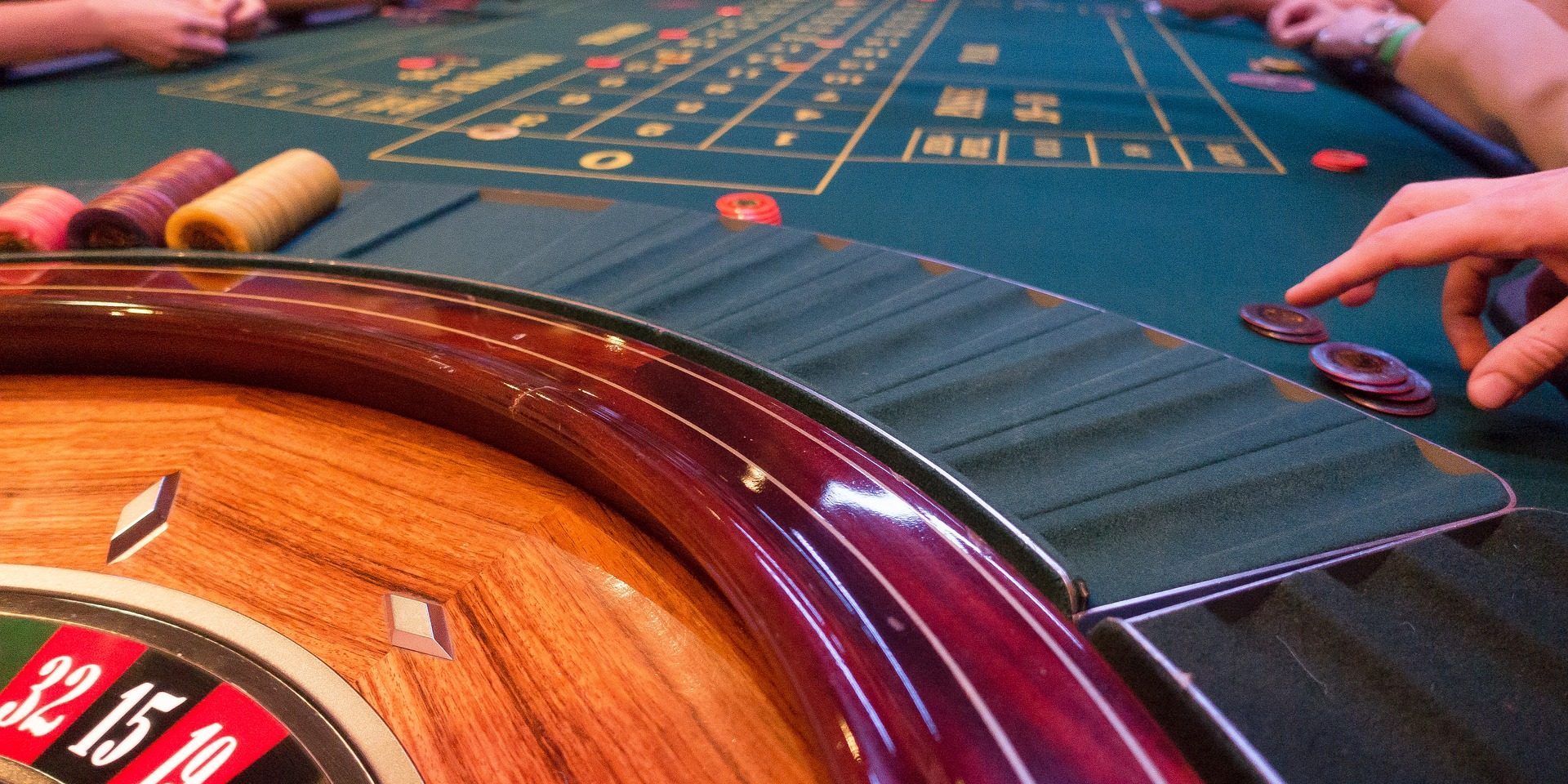 Since the birth of the Republic of Cyprus in 1960, Cyprus legislation has prohibited the engagement in games of chance or chance and skill for money or monetary return. Since 1960, Cyprus gambling legislation has had 6 amendments, the last taking place in 2006. Despite the provisions of the recently adopted and well publicised Betting Act 2012, much of the old legislation remains unaffected, if not reinforced.

Efforts to ban any gambling activity have been constant by the Cyprus Authorities. In 1996, a new law was enacted the main purpose of which was to control the public use of various machines programmed to offer games of skill and chance. This law regulated certain touchscreen machines offering the ability to engage in table card games and other games of skill and chance. Despite the legislative concession of regulating the use of these machines, the law specifically prohibited the public use of any machine, which was offering profit or other monetary return and specifically banned the use of slot machines, poker machines, horse race machines etc.

In addition to the above prohibition, the law specifically prohibited any attachment, peripheral, or computer software, which can be applied and operated through a screen, which as a whole was resulting in a machine offering profit or monetary return to the player. The above two laws constituted the entire gambling legislation in Cyprus.

Specific sport betting regulation has existed since 1972, which regulates collective bets. This law only addresses sports betting and not gambling, which as mentioned above remained completely prohibited. The main feature of the betting legislation was that it prohibited acceptance of bets by any person except those licensed to do so by the Ministry of Finance of the Republic who was the competent authority to review, accept and overlook the operations of sport betting enterprises.

During the years 2002 -2010, Cyprus witnessed the gradual but widespread development of gambling shops advertised as casino kiosks. The reason for their proliferation was simply the inadequate wording of the existing legislation which whilst prohibiting clearly on – premises / off- line gambling, it did not provide anything for remote / on-line gambling. As such it was virtually impossible for the State and the Police to effectively prosecute providers of online gambling. Their inability was an evidentiary inability to prove at a criminal court what, where and by whom the prohibited, (albeit remote / online), gambling service was provided.

This difficult to satisfy evidential burden, resting on the prosecution’s shoulders, was even heavier to discharge, if one was to consider the idea of a European (primarily Maltese) lawful gambling operator appearing behind the gambling services in question, that were provided at these shops. This together with all issues of EU free movement of services that the defense lawyer would raise to the Court contributed in the reluctance to prosecute all these services.

As a middle ground, the Attorney General issued an opinion, which both the police and operators saw as a ‘directive’, setting out circumstances under which the provision of on-line gambling services was officially permitted. This was where the operator held a valid gambling licensee from any European jurisdiction. This opinion has never received judicial approval but nevertheless it was adhered by the police as if it were law.

The major problem with this opinion was that the online gambling in Cyprus was not subject to any State control and the State was not able to approve or disapprove who could engage in this business. The public was further denied the benefit of consumer protection legislation and anti-money laundering procedures. Furthermore, this opinion did not give the State power to tax the proceeds from these gambling services.

These two problems were the main reasons behind the parliamentary deliberations on preparing the draft new legislation. Indeed, the deliberations took more than 2 years to conclude and their final product was a complete redrafting of the applicable regulation on betting, online betting, and online gambling sectors of business. The final product was the Betting Act 2012., the title of which is misleading since it also provides for the complete ban of online gambling.

The Betting Act 2012 repeals the previous betting legislation. It provides for the establishment of a central National Betting Authority, the main objects of which will be to prepare and submit for approval to the Ministerial Council regulations dealing with every aspect of on premises sports betting and online sports betting. The National Betting Authority will take and examine applications, approve, license, audit and control the prospective betting shop and online betting operators. As mentioned above, the Parliament instead of finding a way to license online gambling activity, control it and tax it, for reasons that have not been clarified by any of the MPs that promoted the legislation. Online activity relevant to gambling operations and betting exchanges have been completely banned.

Most commentators in the legal community have criticised the newly adopted legislation as unfortunate and disappointing. It is unfortunate because too much effort and resources were spent to prepare what could have been enacted through a simple amendment to existing legislation. It is disappointing because the MPs acted as if they were legislating for another State in a different era.

Most EU States have now embraced, legalised and licensed online gaming and land-based casinos. The UK was one of the first to license online gambling with the Gambling Act 2005. Cyprus is at odds with the trend in the rest of the EU in prohibiting both online gambling and casinos.

Even in the conservative US, 22 states have now legalised casino gambling. Although the US has been one of the most stalwart countries in opposing and banning of online gaming, it is also starting to soften and several US states are looking at legalising and regulating it.

Cyprus’s banning of online gaming in the Betting Act 2012 is being challenged at the ECJ for being discriminatory and contrary to the free movement of goods and services. So, the country risks the imposition of an embarrassing fine and the time and expense of defending the ECJ claims.

Cyprus MPs have also failed to take into consideration the fact that all the negative problems with the legalisation of gambling are already present in Cyprus today. The illegally occupied, Turkish administered part of Cyprus has had legalised gambling for many years. Reports show that many Cypriots regularly visit, play, lose money and revisit these casinos that are located and are operating in North Cyprus. Further there are a number of illegally operating casinos currently in the Republic of Cyprus.

By the use of the casinos in occupied Cyprus and illegal casinos in the Republic of Cyprus, the Cyprus population clearly want to be able to enjoy recreational gambling. Yet, with the blank prohibition of gambling services and the inexistence or lack of promotion of services designed to protect, help and support vulnerable players such as underage and problem gamblers, the Cyprus population remains unprotected.

This is what Cypriot MPs failed to recognise when considering the cons against regulating casino and gambling operations. Along with this failure to protect the public they contributed in prolonging the inability of Cyprus’ economy to obtain tax revenues from gambling and gambling related activities. Bearing in mind Cyprus’ current state of public finances, it is indeed unjustifiable.

Most knowledgeable gaming industry operators and their advisers who understand Cyprus’s economic situation believe that MPs will soon appreciate, their blunder. Within a brief period of time, it is expected that Parliament will introduce yet another new law regulating instead of prohibiting online and casino gambling.

This is perhaps, the most important development, namely that whilst writing this article it is widely understood that gambling legalisation is imminent in time. Investors and operators should not give up on Cyprus as a gambling destination but structure and prepare for their entry into the jurisdiction.

When Creditors’ Voluntary Liquidation is Appropriate
July 29, 2022
Recent Posts
Blog Categories
Go to Top
We use cookies on our website to give you the most relevant experience by remembering your preferences and repeat visits. By clicking “Accept All”, you consent to the use of ALL the cookies. However, you may visit "Cookie Settings" to provide a controlled consent.
Cookie SettingsAccept All
Manage consent