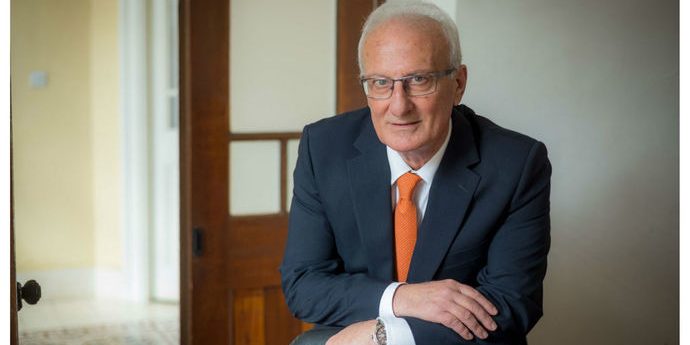 LLPO Law Firm is pleased to announce that Mr. Giannakis Lazarou, joined our firm as Head of Taxation and Public Law.

Mr. Giannakis Lazarou was born in Nicosia. He obtained a BA (Hons) Degree in Law from North East London University. He is a qualified lawyer and a member of the Cyprus Bar Association. He has been practicing law since 1983.

During his long years of service at the Law Office of the Republic, he served as a Member of the Tax Reform Group which planned and prepared the existing Tax Legislation, as well as a Member of its European Union Division which was responsible for harmonizing the Cyprus legislation with the Acquis Communautaire.

He was in charge of the Tax and Public Finance Division of the Law Office of the Republic and Head of its Cultural Heritage Protection Unit, a position from which he was responsible, inter alia, for the handling of the law suits brought against Aydin Dikmen and Others in Germany by the Republic of Cyprus and the Greek Orthodox Church of Cyprus, for the recovery and return of a large number of antiquities stolen from the occupied part of Cyprus and discovered in Munich.

He represented the Law Office of the Republic in the Governmental Committee of Experts of Unidroit responsible for the formation of the Unidroit Convention on Stolen or Illegally Exported Cultural Objects.

Furthermore, he served as Head/Member of the Negotiating Group responsible for the negotiation and conclusion of Bilateral Agreements for the Avoidance of Double Taxation and for the Promotion and Protection of Investments. In this capacity he participated in the negotiations for the conclusion/revision of the Agreements for the Avoidance of Double Taxation and/or for the Protection of Investments between the Republic of Cyprus and Algeria, Armenia, Austria, Barbados, Belarus, Croatia, Czech Republic, Cuba, Denmark, Estonia, Ethiopia, Finland, France, Georgia, Germany, Greece, Guernsey, Iceland, India, Indonesia, Iran, Israel, Italy, Jersey, Kuwait, Latvia, Lebanon, Libya, Lithuania, Luxembourg, Mauritius, Moldovia, Monaco, Morocco, Norway, Poland, Portugal, Russia, Qatar, San Marino, Saudi Arabia, Seychelles, Singapore, Slovenia, South Africa, Spain, Sri Lanka, Switzerland, Thailand, The Kingdom of Bahrain, Tunisia, Ukraine and the United Arab Emirates.

He also served as Chairman of the Committee responsible for monitoring and controlling the assumption of employment in the private sector by former government officials and by certain former civil servants and employees of the wider public sector (Law 114(I)/2007).

He was a Member of the Committee which was established under the Law on the Incompatibility in Exercising the Duties of Certain Officials of the Republic and Specific Professional and Other Relevant Activities (Law 7(I)/2008), to monitor and investigate the actions and activities undertaken or performed by officials which are incompatible with their office.

He was a Board Member of the Central Agency for the Equal Distribution of Burdens and the Chairman of the Ministry of Defence’s Advisory Committee on Recruitment Matters, as well as the Chairman of the Committee Examining Applications by Conscripts to be Recognised as Conscientious Objectors. He was also a Member of the Negotiating Team responsible for negotiating the purchase of military weapons/equipment for the National Guard.

He represented the Law Office of the Republic on the Council of Europe’s Committee of Experts on Legal Cooperation (European Committee on Legal Co-operation – Project Group on Administrative Law).

He also served as a Member of the Negotiating Team appointed by the Council of Ministers to negotiate with Noble Energy International Ltd the supply of natural gas to Cyprus from Plot 12 and the construction of the Natural Gas Liquefaction Terminal(LNG), as well as a Member of the Management Committee of the Central Information Registry (CIR) of the Central Bank and a Member of the Joint Committee established under the provisions of Article 8, Part I of Annex F (Committee on Annex F) of the Treaty of Establishment of the Republic to  review/monitor the customs regulations in force between the Republic and the SBA.

Additionally, he worked for a period of 3 months in the Tax Division of the European Commission’s Legal Service in Brussels and has participated in numerous Conferences and Seminars, both in Cyprus and abroad.

During his long service at the Law Office of the Republic, he has dealt, inter alia, with the drafting of legal documents, statutes, contracts, legal opinions on a large number of legal issues, such as, inter alia, taxation  and customs, issues relating to public tenders, antiquities, the Troika Memorandum, International Conventions, the Central Bank, the National Guard, the Public Service, Public Finances, Shipping, Immovable Property, Company Law, as well as with a great number of litigation cases.

He is a member of the Cyprus Bar Association’s Committees on Shipping and on Tax Planning.

Welcome to our team Mr. Lazarou!