Smart Contracts and the New Reality

You are here:
CorporateOther ServicesTech Services 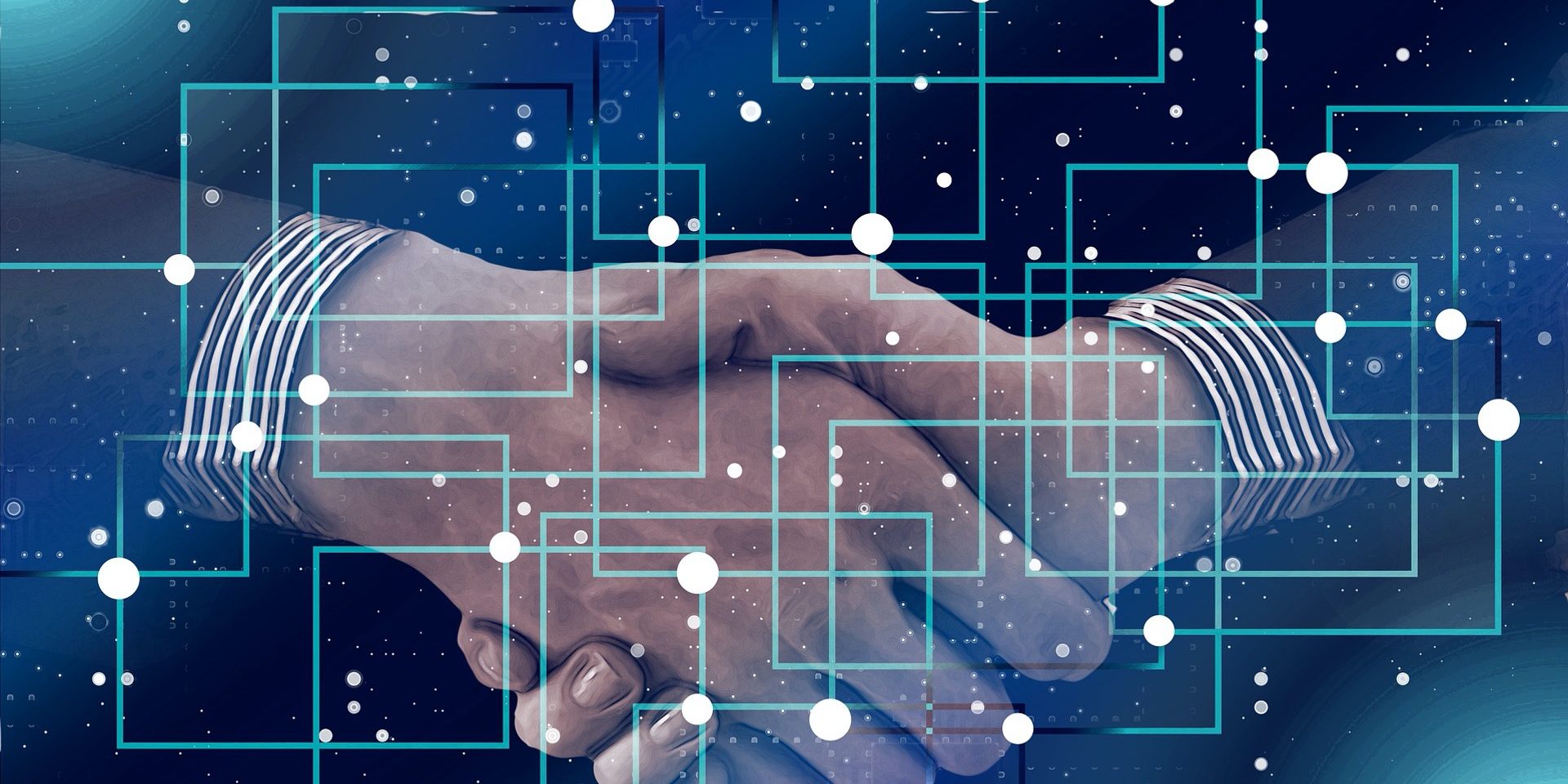 In front of the heavy bookshelves of the city’s law offices that store hard copies of the All-England Law Reports since 1890 to date, lawyers are talking with young people, clients and experts, about science-fiction computer-geek terms like “blocks” and “distributed” and “permissioned ledgers”, “hashing” and “mining”, “full” and “half nodes” and many more peculiar blockchain technical things.

So, what happened? Why do now the hard-to-book-an-appointment-with partners of prestigious law firms, sit opposite young people, talking techy stuff?

Well, in a few words, the tech-geeks managed to create a $3 trillion market. And if you wonder, how and where this market operates, we take it in brief, step by step below.

Binance (a cryptocurrency platform managing $2bn transactions daily, that runs also an academy), explains blockchain as “a digital ever-growing list of data records comprised of many blocks of data, which are organised in chronological order and are linked and secured by cryptographic proofs”.

Blockchain transactions occur within a peer-to-peer network of globally distributed computers (nodes), while each node maintains a copy of the blockchain ledger and contributes to the functioning and security of the network.

This is how transactions on the blockchain are “decentralised” and hence the buzz word “DeFi” that stands for “decentralised finance”. Blockchain transactions do not depend on a single body or authority to approve or confirm them. The transactions are verified by nodes on the network, and thus, do not require centralised controllers or third-party intermediaries.

The “magic” that blockchain networks have to offer, is largely materialised by the use of “smart contracts”. IBM explains smart contracts as “digital contracts stored on a blockchain that are automatically executed when predetermined terms and conditions are met. Once deployed on the blockchain, smart contracts operate as autonomous programs which are not controlled by a user, but instead, they run as programmed”.

Coinbase, a well-known cryptocurrency exchange, also puts it down nicely: Just like any contract, smart contracts lay out the terms of an agreement or deal. What makes smart contracts “smart,” however, is that the terms are established and executed as code running on a blockchain, rather than on paper sitting on a lawyer’s desk. Smart contracts expand on the basic idea behind Bitcoin – sending and receiving money without a “trusted intermediary” like a bank in the middle – to make it possible to securely automate and decentralise virtually any kind of deal or transaction, no matter how complex. Because they run on a blockchain, they offer security, reliability, and borderless accessibility.

Smart contracts are autonomous, secured and immutable (they cannot be interrupted). They do not require trust to be put on any person to complete a transaction, and if coded correctly, they can be accurate and error-free. Since intermediaries are removed from the process, transactions made with smart contracts can be completed faster without the payment of intermediary costs.

The real-life applications of smart contracts can be too many, either in the digital or the physical realm. Any transaction that requires certain conditions to be met to be completed, can be imagined to be facilitated by a smart contract. From transferring and identifying copyright and other rights, to real estate and title recording, from ownership transfers to supply chain management, from tracking items to digital identity, verification, cross-border payments, loans, finance and data recording -the applications can be endless.

Surely, putting into wide application smart contracts requires the necessary technical infrastructure. This is now in the making. We see institutions and organisations exploring possibilities and investing in the building of such infrastructures, that is their own blockchains, or tools interacting with established ones. Inevitably, as this foundation work progresses, smart contract applications, used either internally for the management of offering services, or externally as tools used by citizens and customers will keep growing.

So, should we scrap the lawyers?

“How you call a world without lawyers” the joke goes “a better world”. Unfortunate as it may be however, there are still a few good reasons why lawyers must continue to exist and be relevant to smart contracts.

The fact that an agreement can be encoded in the blockchain, does not mean that no legal advice or negotiation is needed. To reach to an agreement and decide which of its part is to be enforced by a smart contract, lawyers are needed. Further, since the smart contract embodies legal terms that reflect the parties’ agreement, lawyers are the ones to confirm that the embodying of the terms in the code was done accurately.

Another issue is that we have not yet reached the point where all terms of an agreement can be encoded in the blockchain. Indeed, certain parts of agreements (and possibly the most significant ones, such as transfer of ownership or payment), can be embodied in code, however, other ones may not yet be possible to include exhaustively (both from a technical or mining cost perspective). It is common currently for transactions to take a hybrid form, where a natural language contract is formed by a lawyer to include detailed or general provisions, together with a smart contract deployed on the blockchain to handle completion or self-execute certain parts of the arrangement.

Lastly, the fact that a transaction can be executed on the blockchain via a smart contract does not exclude it from the operation of the general law. In other words, even if it is practically possible for a smart contract to be coded without conforming or paying attention to the mandatory provisions of the law, and even if it can be executed in breach of the applicable law, that does not excuse the breach of the law that has occurred. And where there is a breach of the law, claims or disputes may arise by interested parties or regulators, and that requires legal expertise to be avoided or resolved.

New lawyers for the new reality

Rather than scrapping lawyers altogether, the new reality demands lawyers ready to re-invent themselves. The lawyer of the now must be aware of the possibilities that the blockchain offers, flexible to adopt solutions this new technology provides, and agile and ready to cooperate with programmers and experts who provide services from the coding or technical side.

At LLPO Law Firm we have embedded the above philosophy in our practice. We continuously invest in the development of our team, to be able to provide assistance on legal matters relating to blockchain, smart contracts, cryptocoins and digital assets. We stay up to date with the current realities of the market and provide to our clients complete and practical solutions.

New Amendments to the Cyprus Permanent Residency Programme
April 21, 2021
Recent Posts
Blog Categories
Go to Top
We use cookies on our website to give you the most relevant experience by remembering your preferences and repeat visits. By clicking “Accept All”, you consent to the use of ALL the cookies. However, you may visit "Cookie Settings" to provide a controlled consent.
Cookie SettingsAccept All
Manage consent