You are here:
InsolvencyOther Services 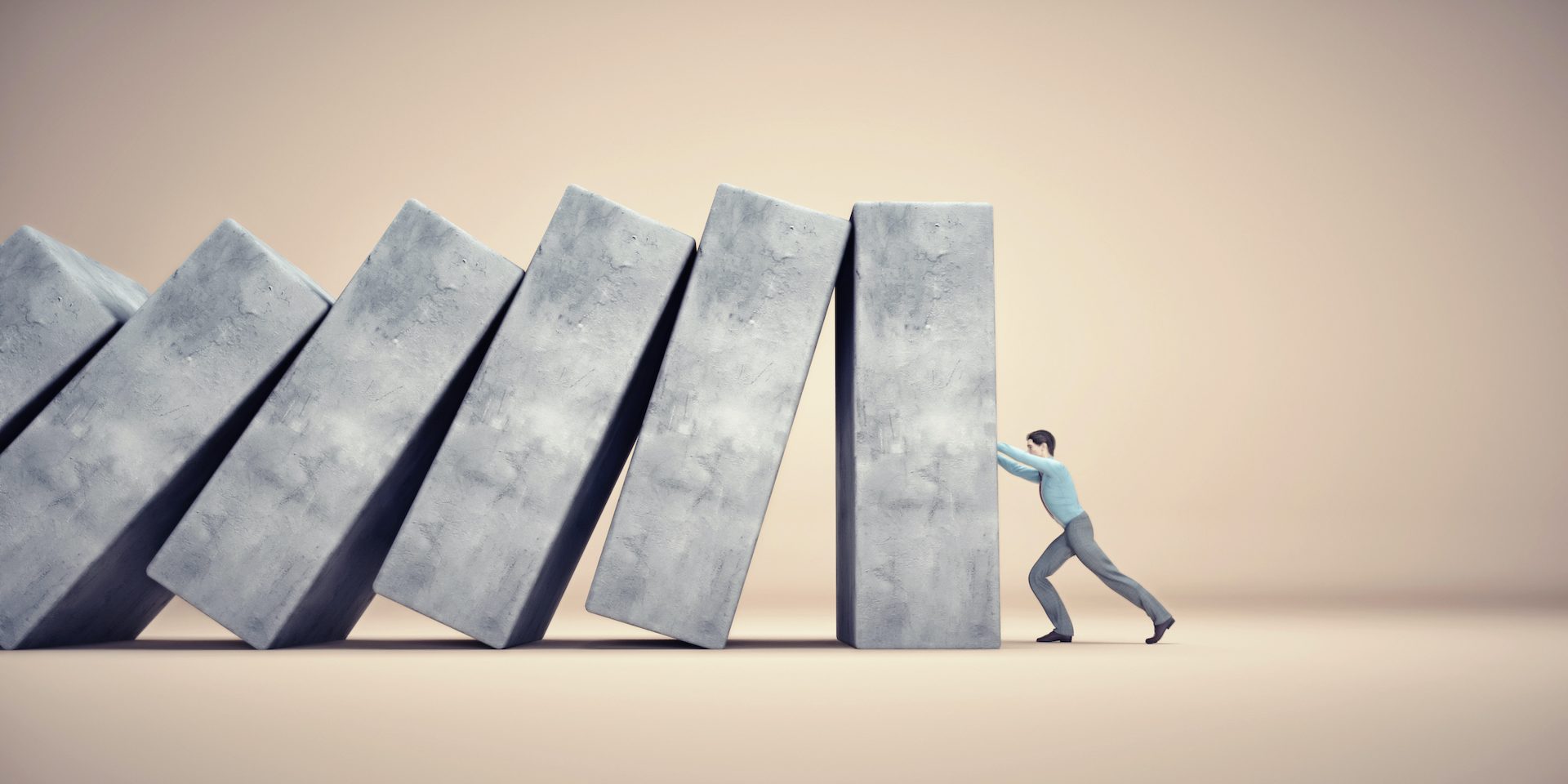 In 2015 the Cypriot Insolvency Law has been substantially amended and expanded in order to provide for the possibility of debt restructuring of natural persons through personal repayment plans and debt relief orders by the enactment of the Insolvency of Natural Persons (Personal Repayment Plans and Debt Relief Order) Law of 2015 (L. 65(I)/2015).

In Cyprus, only licensed insolvency practitioners can be appointed and act as trustees in bankruptcy, bankruptcy advisors or liquidators.

Cypriot Insolvency Law is expected to be amended further to align with Directive (EU) 2019/1023 on preventive restructuring frameworks, discharge of debt and disqualifications and measures to increase efficiency (Preventive Restructuring Frameworks Directive).

In this publication, while it is not possible to describe exhaustively all matters of importance, we set out key aspects of the Cypriot insolvency legal framework that we have deemed useful to provide a general understanding.

A creditor may file an application for bankruptcy against the debtor if, inter alia, it is proved to the satisfaction of the Court that: (a) the debt owned by the debtor exceeds the amount of €15,000; (b) the debtor has committed an act of bankruptcy within six months before the filing of the petition; and (c) the debt is a liquidated sum payable either immediately or at a certain future time.

A debtor may file a petition for voluntary bankruptcy if the total amount of his debts exceeds the amount of fifteen thousand euros (€15,000) and the debt is not secured.

With the issuance of a bankruptcy order, the debtor’s property is vested under the custody and administration of the Official Receiver, or a private insolvency practitioner appointed by the creditors, who will be responsible for realising the debtor’s assets and distributing the same proportionally amongst the creditors as per the priority provided by the Bankruptcy Law.

Importantly, three years after the issue of the bankruptcy order, the bankrupt person is automatically discharged from his verifiable debts. If the bankruptcy property has not been distributed in its entirety, it shall remain at the hands of the administrator to the benefit of creditors.

Before the issuance of the bankruptcy order and after filing a bankruptcy application, the Court may at any time, order the stay of any action, execution or other legal processes against the property or the debtor.

After the issuance of the bankruptcy order, creditors are prevented from initiating any legal proceedings against the debtor or his/her property, without first obtaining leave from the Court.

Further, no creditor shall be entitled to register a judgment or mortgage or any other encumbrance on the debtor’s property.

The Companies Law, Cap.113 provides for two principal forms of winding up a company.

A company may be wound up voluntarily, out of court, by its members or by its creditors, or it may be placed under a compulsory winding up following an application to the court which can be made by the company itself, a member, or a creditor.

3.1 Voluntary Winding Up by Members

A company may be wound up voluntarily by its members by the passing of a special resolution with at least 75% majority of the members present and entitled to vote.

Within 5 weeks before the members’ resolution approving the winding up, the majority of the company’s directors must make a statutory declaration of solvency under oath, declaring that they have made a full inquiry into the affairs of the company and that they are of the opinion that the company will be in a position to pay in full all of its debts and liabilities within a period not exceeding twelve months from the commencement of the winding up.

The liquidator takes possession of the company’s assets, liquidates and distributes them amongst the creditors as per the priority provided by the law and any surplus to the members.

To complete the process, the liquidator submits to the Registrar of Companies and Official Receiver the final winding up accounts along with the minutes of the final meeting.

Three months after the final submission to the Registrar, the company is deemed dissolved and the Registrar issues a certificate of dissolution.

3.2. Voluntary Winding up by Creditors

Same as in a voluntary winding up by the members, following the carrying out of the liquidation of assets and payment to creditors, with the expiration of three months as from the submission of the final accounts and minutes of the members’ and creditors’ meetings to the Registrar of Companies, the company is deemed dissolved and the Registrar issues a certificate of dissolution.

The most common grounds on which a company may be placed in a compulsory winding up are when: (a) the company is unable to pay its debts; and/or (b) the Court is of the opinion that it is just and equitable that the company should be wound up.

The date of the commencement of the compulsory winding-up is the date that the petitioner’s application is filed with the court.

With the issuance of the winding up order, the Official Receiver is appointed as provisional liquidator and shall act as such unless and until, the Official Receiver himself or the creditors and contributories in their respective meetings, petition to the court for the appointment of a private insolvency practitioner.

Following the filing to the court of a winding up application, any court proceedings against the company are stayed and with the issuance of a winding up order, no proceeding may commence or continue against a company without leave of the court.

Any attachment in the hands of a third party, bailment, seizure or execution which commences against the property of the company after the commencement of the winding up is void.

During the winding up, any disposal of property of the company and any transfer of shares, or change of status of the members of the company is void, unless the court orders otherwise.

The order of priority of payments may be summarised as follows:

The liquidator has the right to challenge any questionable transactions entered into by the company or its directors which may have been made at an undervalue, that may be a fraudulent preference, or made to defraud creditors.

Receivership is the process whereby a creditor by the appointment of a receiver, enforces its security over the company’s assets.

The appointment of the receiver may be made out-of-court under the powers contained in any document (e.g. a debenture), or by order of the court after application by a creditor.

The Companies Law does not provide for an automatic moratorium or stay of proceedings against the company in receivership proceedings.

A scheme of arrangement is a procedure provided by the Companies Law, under which a company may enter into a compromise or arrangement with its members and/or creditors.

A scheme of arrangement may be pursued by the company, any member, a creditor or the liquidator of the company.

The scheme must be approved by the members and by the creditors of the company (by a single majority in value of each class of members or creditors voting for the arrangement).

Following approval of the scheme as stated above, the scheme is brought before the court which decides whether it is fair and, in the circumstances, proper to be sanctioned. Generally, for a scheme to be approved, it must be shown to the satisfaction of the court that with the implementation of the scheme, the members and creditors of the company will not be placed in a worse position than that in which they would be, had the company been liquidated.

Opposing members or creditors have the right to be heard at the court.

Once the court sanctions the scheme, it becomes binding on all the company’s members and creditors. 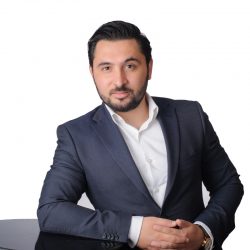 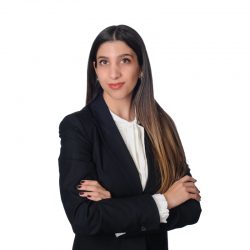 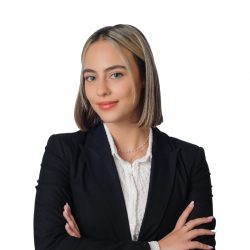 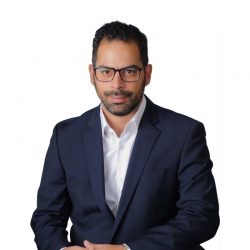 Investor’s Disclosure
July 15, 2022
Recent Posts
Blog Categories
Go to Top
We use cookies on our website to give you the most relevant experience by remembering your preferences and repeat visits. By clicking “Accept All”, you consent to the use of ALL the cookies. However, you may visit "Cookie Settings" to provide a controlled consent.
Cookie SettingsAccept All
Manage consent